The reason I’m a handyman 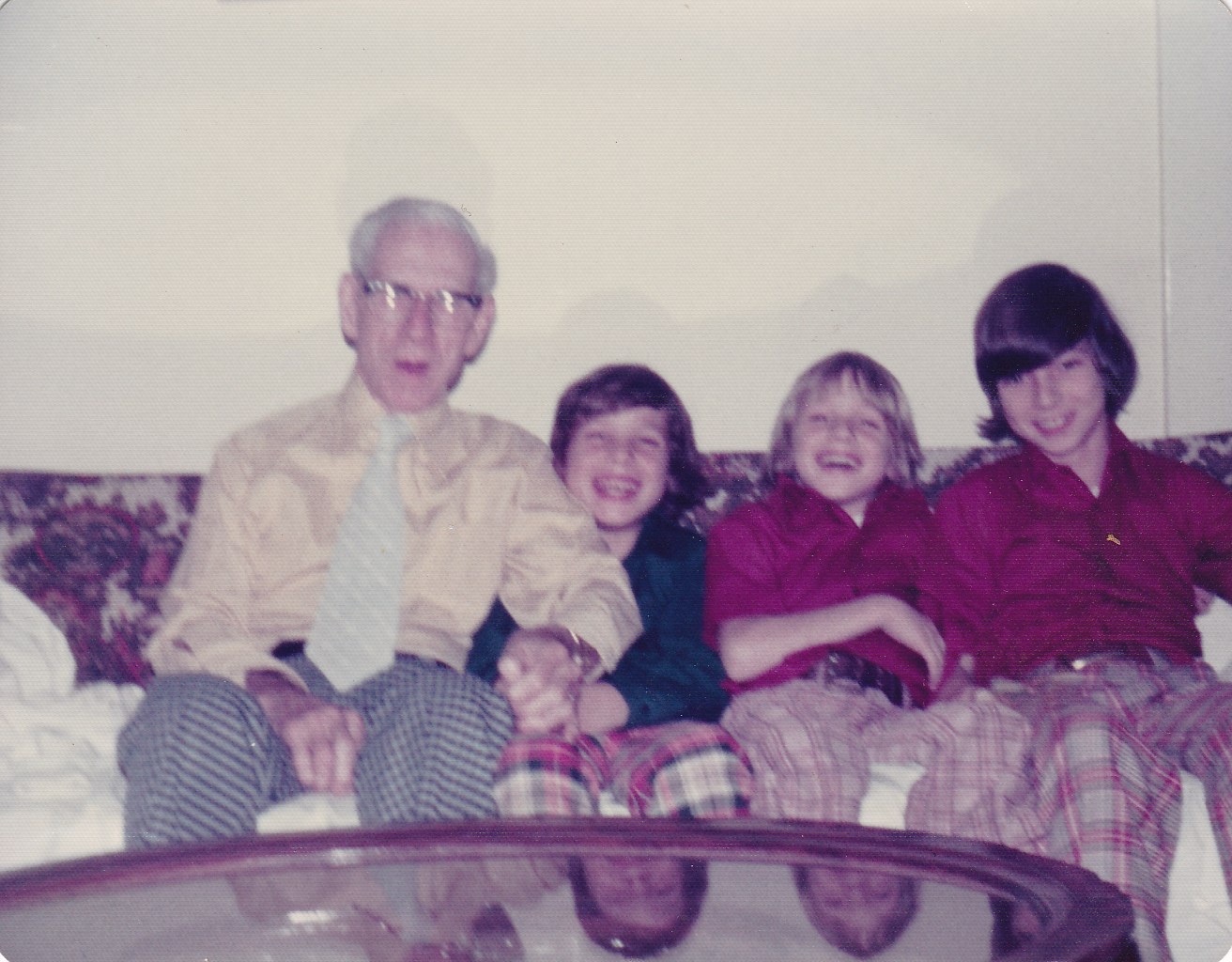 When I was a kid, one of my favorite things to do was walk four houses down to my “Pop’s” and sit with him while he worked in his basement workshop. He had the coolest things in that basement. Floor to ceiling tools and nails and screws; scraps of metal; random pieces of wood, and all his “things” that he had found while “dump-snuffling” – that’s what they called digging through other people’s trash in those days.

Occasionally, I would get to walk the alley with him and look for discarded items he saw the value in. It was amazing the things people threw out: old clocks, broken furniture, rusty tools, even pots and pans. “Why would someone throw this table away? It just needs a do-hickey”, he would grumble under his breath. We would drag these treasures home, my grandmother standing on the back porch with her hands on her hips shaking her head in exasperation. Despite her irritation, she always had an ice cold bottle of Pepsi for each of us.

My Pops didn’t just collect these items.  He was an original “up-cycler”…a handyman…a jack of all trades. He was inspired to restore these unwanted possessions, make them into something beautiful, something useful again. Sometimes he did just that.  Other times..well…they ended up on a shelf or corner of the workshop, waiting for his skilled hands to pick them up, turn them over and around, inspect them with squinting eyes – his “thinking” eyes, as I liked to call it – until he had that Ah-ha moment. A lot of times, he was waiting for the perfect piece he needed to repair something to show up in the alley, and so his workshop began to resemble a thrift store of unusable wares.

I can remember sitting quietly – because you don’t interrupt Pops when he’s trying to teach you – in the much-bigger-than-me metal stool, elbows on the workbench, hands propping up my chin, watching him.  I studied his strong, wrinkled hands as he fixed and restored, and created. I savored the moments he would let me hammer in a nail, or hold the leg of a chair so he could put a screw in it.  As I got older, helping replaced watching, and I slowly progressed from helper to handy-man in my own right.  When a project of my own was completed, I would hold it out to him, excitedly anticipating his customary “Good job, Kid”, and I would beam, knowing that I had made him proud.

Pops died when I was 12. A freak accident, they said. Who falls out of bed and breaks their neck?  I didn’t understand it when they said I wouldn’t see him anymore. That couldn’t be right…he’s my POPS…my best friend! Of course I would see him…every day, after school, just like always. So day after day when school let out I would hop up on my cold metal stool, slowly swiveling round and back again, waiting for him to amble down the basement stairs.  But Pops didn’t come, and I didn’t dare touch his treasures without him. So the unfinished projects, his tools, the wood and scraps…they just sat in the basement, collecting dust, waiting for his wrinkled hands to pick them up once again.

As it does, life went on, eventually. My grandmother and dad encouraged me to use Pops’ tools…to finish that table he was working on, or to go out and find a project of my own. It didn’t seem right at first. Then one day as I was kicking pebbles down the alley towards Pops house, I saw a rocking chair with the arm broke off, and one of the back spindles missing. And it was like Pops’ was right there. “Hey Kid – grab that there rocking chair. You know I got a coupla spindles in my shop, and that old chair  – you know, the one with no legs, but it’s got arms? Not quite the same, but we can fix this rocking chair up just right as rain for your grandma.” And so I grabbed that rocking chair, grappled it down the rest of the alley and into Pops backyard where grandma stood, hands on her hips, shaking her head.  But this time, she smiled and said “Come on, dump-snuffler.  Let me get you a Pepsi”.